Each month, we share a newsletter including concrete, actionable ways for you to take powerful action and opportunities to inspire and sustain our movement over the long haul. Click here to receive these monthly action alerts!
Read on for this month's newsletter:

Across the country and around the world, we are witnessing a profound uprising for liberation and justice. The murder of George Floyd sent grief and anger through the hearts of our cities, and people are engaging in massive resistance. This movement is about justice for victims of racist police violence, and it's bigger than that too. It's about dismantling hundreds of years of white supremacy and oppression against Black, Brown, Indigenous, and people of color, and creating a new vision of shared freedom and resilience.

As part of an invitation to our network to act in solidarity with the movement for Black Lives, we invite you to sign the Pledge to Act for Collective Liberation. We encourage you to examine your own thinking and assumptions, and allow this moment to teach you new ways of understanding what is possible.

Thank you to all who attended our moving webinar on racial justice last week with MNIPL Board member Ruhel Islam and staff members Jayda Pounds and Whitney Terrill. If you missed it, it's available to watch here. Read on for opportunities to act in solidarity for racial justice and climate justice.

MNIPL encourages our network to engage in self-education and solidarity with the movement for Black Lives. If you're looking for a place to start, consider, who organized your local Black Lives Matter march? What organizations have been working on racial justice in your hometown? Follow their lead, learn about their calls to action, and amplify their voices. Links below are focused on the Twin Cities, but this movement is arising in nearly a hundred towns in Minnesota alone. Visit our toolkit for more ways to get involved. 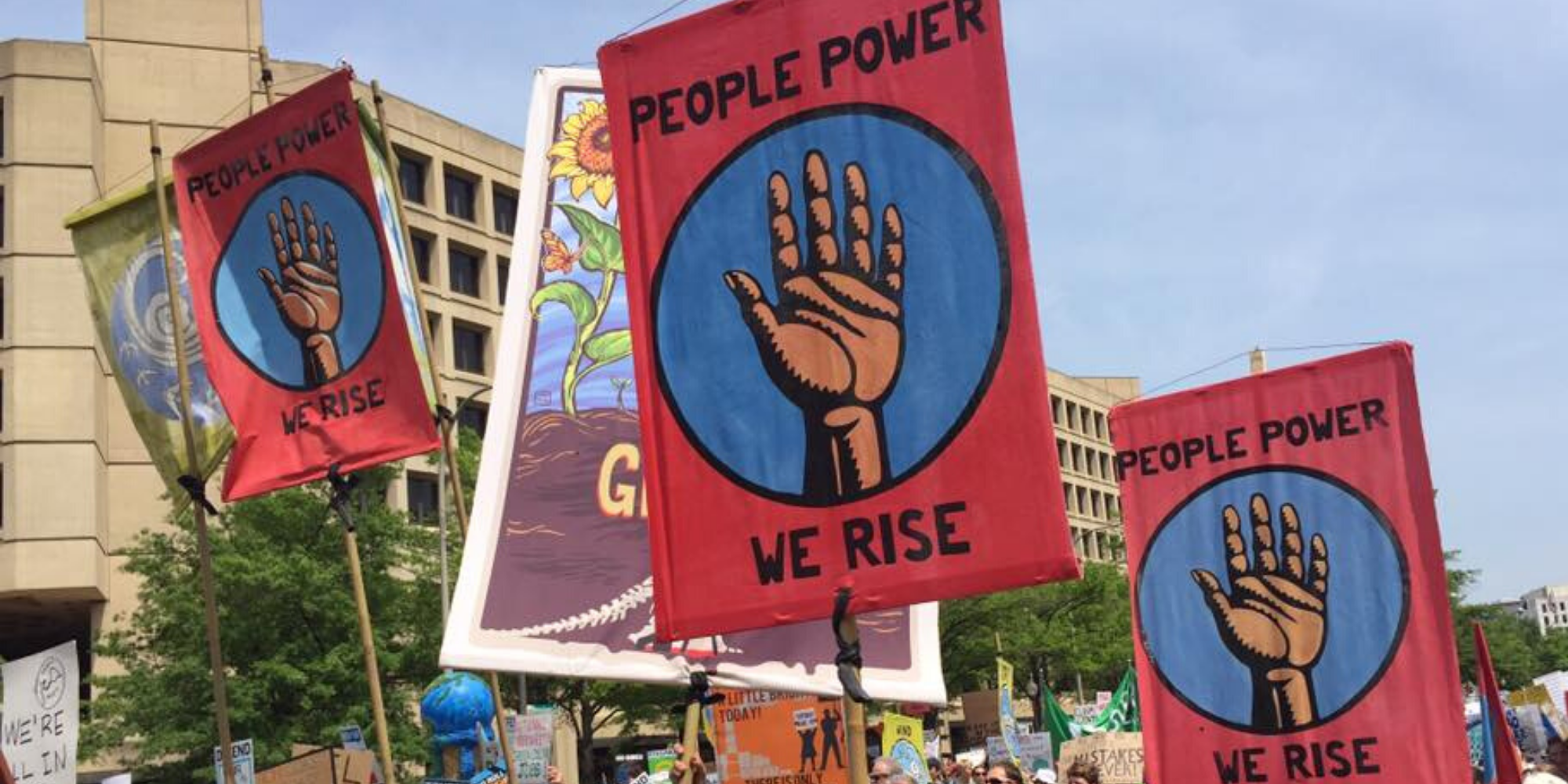 MNIPL is excited to launch a bold voter campaign to build a mandate for climate justice through thousands of values-based conversations across the state. The 2020 election is an opportunity to shape what’s possible for climate and racial justice, and each of us can play a role to mobilize our communities to vote in 2020 and engage our lawmakers in 2021. Join us in taking the first step: Pledge to vote for climate justice.

One of the most powerful ways to build voter turnout is through personal conversations. As a part of the 100% Campaign, our goal is to reach 116,000 people! To get involved, sign up for one of our upcoming trainings:

The Poor People's Campaign is a movement of tens of thousands of people across the country who are organizing to end the interlocking injustices of systemic racism, poverty, militarism and the war economy, ecological devastation, and the distorted moral narrative of religious nationalism. The Mass Poor People's Assembly and Moral March on Washington is a 2.5 hour program that will be broadcast on Saturday, June 20th at 10am and 6pm EST, and again on Sunday June 21st at 6pm EST. Register at June2020.org.

Stronger together to Stop Line 3: Briefing and Action Summit

This summer, the Minnesota Pollution Control Agency is set to make significant decisions regarding approval of the Enbridge Line 3 pipeline expansion. Line 3 would carry the carbon equivalent of 50 coal-fired power plants through Minnesota, and we are committed to stopping this climate disaster. Join us for a briefing from Indigenous water protectors, and learn about how you can join the movement in the coming months. Stay tuned for registration details at www.mnipl.org.

This summer, we'll be hosting a socially-distanced version of our Youth N' Power summer program, where youth learn all about becoming community leaders for climate justice. The program runs from July 6 - August 14. We'll be hosting eight interns from the City of Minneapolis Step Up program, and we have space for 1-2 youth aged 14-15. The program will include a combination of digital learning and small group outdoor meetings. To get involved, contact [email protected]

Thanks to all who attended our first Be the Spark leadership training session last week! If you're interested in participating, you're welcome to join us for our next session on June 25th. Be the Spark is MNIPL's dynamic and experiential leadership development workshop, and this year we're hosting it online. Six Thursdays; June 11th and 25th, July 9th and 23rd, August 6th and 20th, from 7:00-8:30 pm each session. Learn more and register here.

Did you know the average American's carbon footprint is 16 metric tons per year, more than twice the global average? MNIPL's new Climate Justice Household program will help you and your family gain the focus, resources, and support to galvanize committed climate action. We invite you to join a growing number of communities raising a collective voice and driving concrete projects for action on climate. Get started here. 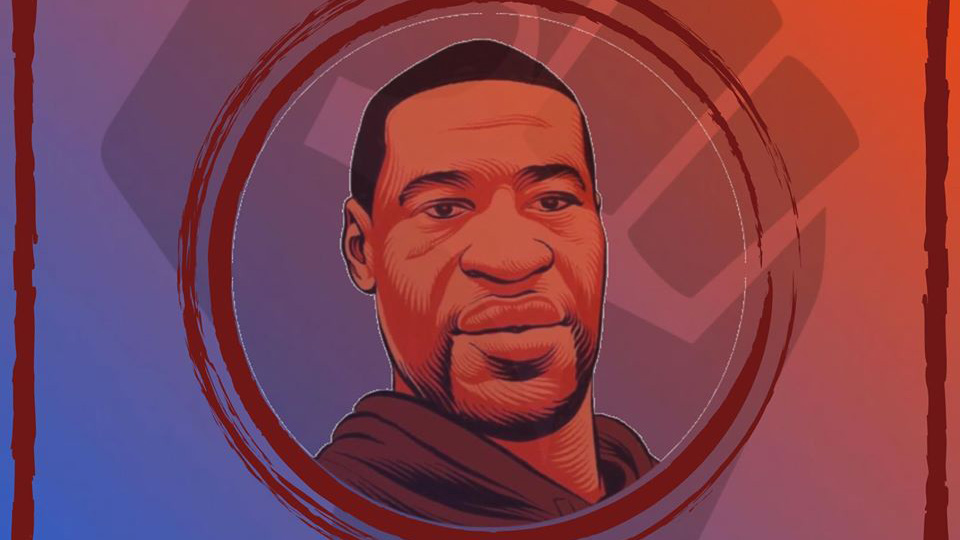 At MNIPL, we are committed to building a world in which care for the earth and care for one another are intertwined. We work towards climate justice because we believe all beings deserve a thriving, life-giving environment, and because we strive to preserve our planet for generations to come. The violence of white supremacy strikes at the core of our hopes and dreams, and it withers our work towards a healthy and sustainable planet. Read our full statement in response to the murder of George Floyd by the Minneapolis Police. 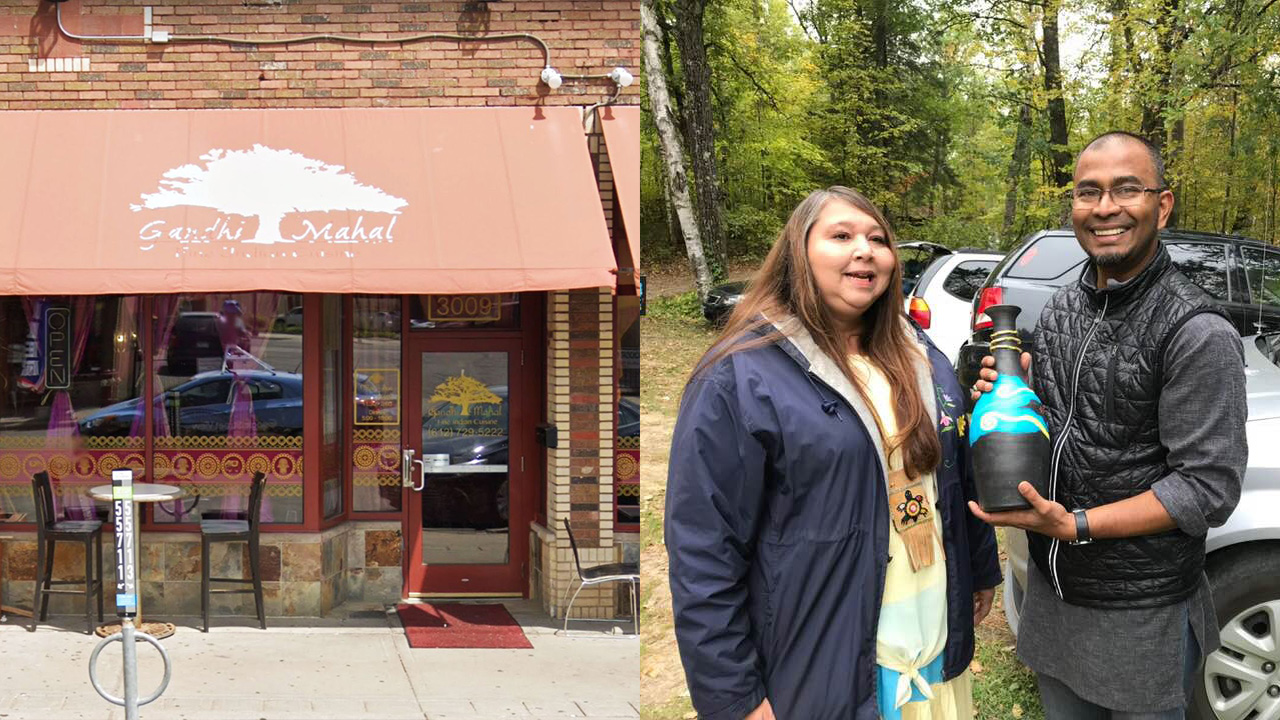 Ruhel Islam, owner of Gandhi Mahal Restaurant, is one of MNIPL's most dedicated partners and supporters. When his restaurant burned down on May 28th, and Ruhel responded by calling for justice for George Floyd. In his words, "We can rebuild a building. But we cannot give this man back to his family." Ruhel's story was covered in the New York Times, BuzzFeed, Huffington Post, MSNBC, and other news outlets.

One of the only objects that remains is a beautiful handmade vase given to Ruhel by Native Elder Dawn Goodwin. She presented it to him last summer at the Mississippi Headwaters in our interfaith vigil. The vase is a symbol of care for sacred water that is the source of life, and Dawn named the vase Wiikwaji', "try to get free from something".

Together, we will rebuild. Please consider a generous donation to help restore this treasured community space. Donate here. 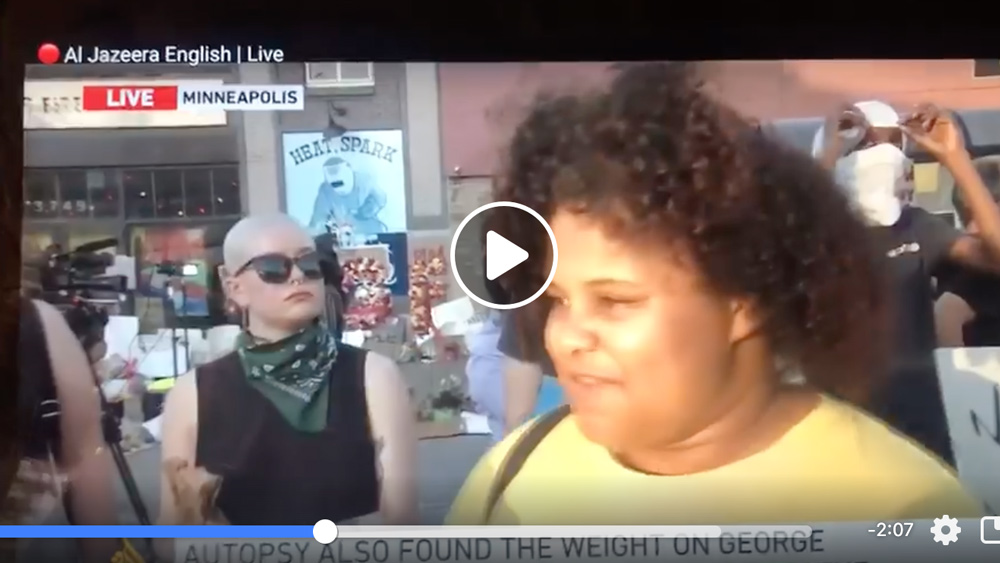 On June 1st, member Analyah Schlaeger Dos Santos gave powerful testimony on Al Jazeera English, one of the world’s largest media networks. She spoke from her perspective as a community organizer, a participant in the Black Lives Matter protests, and a lifelong resident of Minneapolis. Watch the video here.

We're excited to welcome three summer staff to the MNIPL team. Andrew Schmlezer will be helping to grow the movement for locally-owned solar power, and Zanubia and Johannah will be working with families to take action through our Climate Justice Households program. Learn more here about Andrew, Johannah, and Zanubia.

New York Times: Links between racism and the environment

Huffington Post: We Don't Have To Halt Climate Action To Fight Racism

Bill Mckibben: Racism, Police Violence, and the Climate are not separate issues

Washington Post: I’m a black climate expert. Racism derails our efforts to save the planet.

Vogue: Why every environmentalist should be anti-racist

YES!: What Good is Clean Air If People Can’t Breathe?